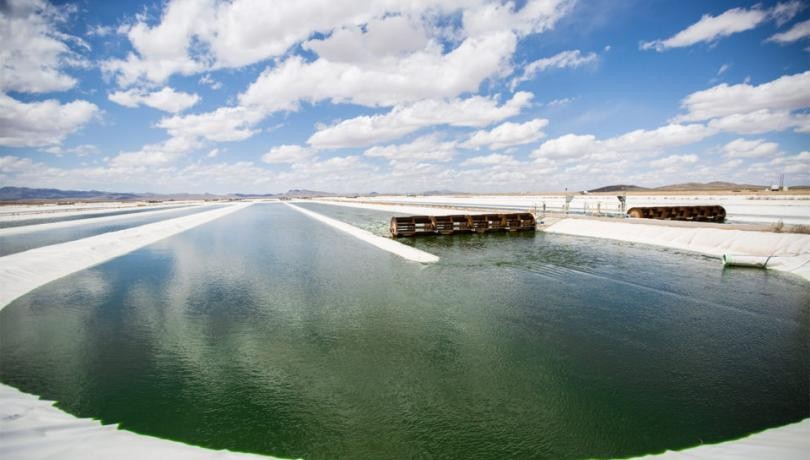 Microalgae have been proposed as an alternative to conventional processes for the supply of foods and feeds, biomaterials and biofuels, and including for wastewater treatment and capture of CO2 from flue gases. In this sense, the worldwide production of microalgae is growing very fast although still, the overall production capacity is quite limited, in the range of 50 kt per year. To enlarge the contribution of microalgae to the bioeconomy large efforts must be devoted to the enlargement of current production facilities, especially by better understanding the biological phenomena taking place on these systems.

Thus, microalgae are photosynthetic organisms capable of using sunlight as an energy source to produce valuable biomass, and at the same time release the oxygen produced into the environment (Figure 1). These organisms are characterized by having a simple nutritional demand, they can grow in water ponds with nitrogen, phosphorus, light and atmospheric CO2 as a carbon source. Unlike plants, which also photosynthesize, microalgae are more efficient at converting solar energy, grow faster, and can be produced on non-arable land. These characteristics have made microalgae a valuable and sustainable source of biomass. 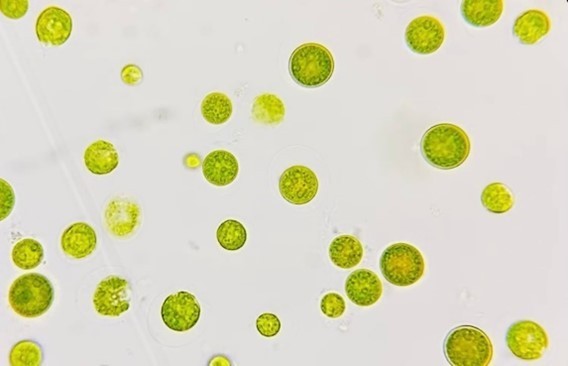 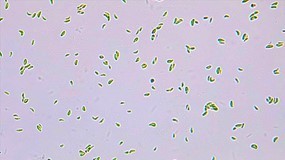 The technology to produce microalgae has been in use for decades. Currently, specific equipment, called photobioreactors, are used for its production on an industrial scale. Although there are different types of photobioreactors, raceway reactors are the most widely used (Figure 2). These systems are open channels with a depth of 15-30 centimetres, through which the microalgae culture is in continuous movement due to the action of paddle wheels. In microalgae culture systems, the decisive parameters for their growth such as temperature, pH or dissolved oxygen are continuously monitored. Although control strategies have been developed to optimize these systems and technology has been improved over the years, they still have several drawbacks. The main challenge in the production of microalgae is to achieve stable cultures that are maintained over long periods despite the environmental or operational disturbances that occur daily.

During the development of the PRODIGIO project, in-depth monitoring of the microalgae cultures is being carried out to understand what causes the collapse of the cultures and the failure of these biological systems. Quite a challenge that is already beginning to give its first results.

Menu
This website uses cookies to improve your experience. If you continue to use this site, you agree with it.
Ok